You are here: Home / 6. Profitable Plants / Growing Microgreens For Profit

What if I told you that there is a plant growing business that will cost just a few hundred dollars to start, will take up as little space as a tabletop and can produce upwards of twenty crops a year? Do you think you’d be interested ? Here’s the basics about these profitable plants: The ‘new’ trend is growing what are called microgreens. Microgreens are basically tiny edible plants that are somewhere between spouts and fully grown plants.

Think immature plant, if you must, but that’s what I’m talking about. The best thing about growing microgreens is that you can grow them anywhere, regardless of climate, indoor or outdoor and all year.

The seeds you use are the same as you would for your backyard garden, although organic work best and purchasing them in bulk from a wholesaler will reduce you initial start up cost versus buying packets of seeds at the garden center.
As microgreens have gained in popularity in the past couple of decades there is a growing demand for them. They are typically used in garnishes and salads in high end restaurants and thanks to chefs in California, who launched the trend that can lead you into a new part-time business venture. For clarification, spouts are usually grown in water where microgreens are best cultivated in soil. As they are harvested early in their life cycle, you don’t need as much room as you would for a backyard garden plot, which means even trays of soil planted, watered and well lit indoors can produce regular microgreen crops.

As they take little space, there is room for profit with this micro-crop. And of course, with the short crop rotation, payday comes every two weeks as well. For example, with such a short crop cycle, which is roughly two weeks this means it would be possible to produce close to twenty five crops in a complete year.

By using a stackable tray system, you can increase the amount of each crop’s yield or have crops planted in such a way that each week there is a harvest by just staggering your planting cycle to time with the harvesting cycle.

The possibilities are endless when it comes to microgreens. What makes microgreens so special, aside from the trendy emphasis that has been placed on the movement, is that studies have shown that many of them can contain up to forty percent more nutrients than in mature plants. This is particularly true in the case of red cabbage, broccoli and radishes. The high concentration of these nutrients provides vital health benefits which make them even more in demand.

If you are semi retired or already retired, the microgreen business could be just what you need to keep a little bit busy, provide some healthy food to the rest of the world and make a few bucks in the process. Popular microgreen crops are arugula, basil, celery, cabbage, cilantro, endive, mustard and radish. These are at the top of the list as they are considered essential parts of any salad.

As for what you could make as an income, picture a four rack system that totals sixty square feet, or 15 square feet per rack for a better visual of the space required. That space could produce roughly 20 pounds of microgreens in a two week crop cycle. At $25 per pound, your yield would total $500 per crop.

One of the bonuses to growing microgreens is that with low-cost full-spectrum fluorescent lights, you can grow them indoors in a spare room if you wanted, which shows that you don’t need much space to make a bit of scratch. 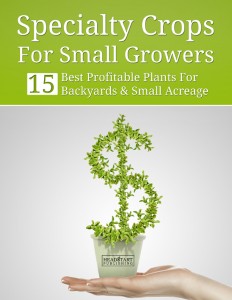 To find out more about growing micro greens for profit, visit www.profitableplantsdigest.com. You can also learn more in our free ebook:

Many seniors in their 70s and 80s are selling their homes to downsize to a smaller residence, often … END_OF_DOCUMENT_TOKEN_TO_BE_REPLACED

Working a part-time job in your retirement is not an unusual option these days, as more and more … END_OF_DOCUMENT_TOKEN_TO_BE_REPLACED

You may be a born organizer and not even know it. It has little to do with being compulsive about … END_OF_DOCUMENT_TOKEN_TO_BE_REPLACED

You probably already know someone who has been buying older homes, fixing them up and reselling them … END_OF_DOCUMENT_TOKEN_TO_BE_REPLACED

Here’s an interesting idea. If you are semi-retired you are probably already pretty flexible with … END_OF_DOCUMENT_TOKEN_TO_BE_REPLACED

Have you ever considered yourself a good listener who offers sound advice? If you’ve heard this … END_OF_DOCUMENT_TOKEN_TO_BE_REPLACED

Here's a dog-gone great idea.  If you’ve ever priced the cost of a shampoo and trim for a dog … END_OF_DOCUMENT_TOKEN_TO_BE_REPLACED

59 It is not very hard to start a delivery business. What makes it even easier is the fact that … END_OF_DOCUMENT_TOKEN_TO_BE_REPLACED

If you have a particular knowledge base that can be translated into a teaching model, you can easily … END_OF_DOCUMENT_TOKEN_TO_BE_REPLACED

True story. Nancy, my office manager writes resumes. She is not particularly skilled in English or … END_OF_DOCUMENT_TOKEN_TO_BE_REPLACED