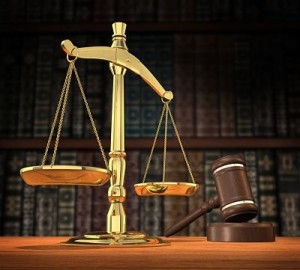 The scariest two word sentence in the world could very likely be ‘jury duty’ and if you didn’t just flinch you have probably never been asked to serve. Regardless of what you may have heard or read about the horrors of what jurors have experienced while fulfilling their ‘duty’ there are a couple of options that could be worth looking at for different reasons. Consider the fact that when you’re in your fifties it’s really time to start winding down career plans and hopefully slip into a few years of peaceful rest and relaxation in what is commonly called retirement.

I don’t know about you, but half the retired people I know are busier now than they were before they locked the doors on their business and loaded up the RV. What’s that got to do with jury duty? Well, if you are looking for ways to keep busy since you can only play so many rounds of golf in a day, you can actually become a surrogate juror. Seriously. Think about it for a second and let me explain what it entails.

What is a surrogate juror?

First off, a surrogate juror is part of a fake jury that sits in on a mock trial. You caught the ‘fake’ and ‘mock’ parts, right? Typically a mock trail is put together so attorneys preparing for a trial can present their case before a jury to more or less get a test run before the actual court appearance. A mock juror is much like a regular juror in that you can ask questions, deliberate and come to a conclusion that may assist the lawyers in planning their case. Secondly, there are two different kinds of surrogate juries you can participate in. The live surrogate jury sits like a regular jury and gets to see all evidence presented in a case as well as hear lawyer’s arguments along with a number of other mock jurors. These ‘fake’ trials are usually presented in a conference room or some other venue that can hold all participants.

After hearing both sides, hashing through evidence, debating pros and cons with other surrogate jurors and reaching a verdict you get paid. You’ll probably even get fed if the mock trial runs through a meal time. Snacks are pretty much guaranteed with a fancy meal likely if the mock trial runs a long time. The other kind of surrogate jury is an online jury which is exactly as it sounds. You sit at a computer and review the evidence on your own. That evidence will include photos, videos and transcripts. After you’ve sorted through all of that you’ll be presented with an online questionnaire that you fill out and submit along with others doing the same thing at their homes on the same case.

The pay rates differ considerably between the two. For example, a live surrogate juror can make up to ten times more than actual real jury duty. Read that sentence again. I’ll give you a quick review of them shortly but you do need to know that just because it sounds like pretty easy money, there are some requirements you will have to meet before being considered for either a live or online mock jury. You have to live in the same city, zip code or federal judicial district as the court that is handling the real case. You also have to be at least eighteen years of age, a citizen of the country you reside in, you must be able to read and write, have a sound mind and not be a felon. There may be further restrictions placed by the lawyers in each case, but those are the basic requirements. The sure fire way to get called for surrogate jury duty is to check out the various online sites and register so they know you are available. Registration is free and it usually takes a few minutes at each site.

Where to find the work

Some of the sites hiring for live mock juries include nationalresearchstaffing.com and signupdirect.com. Both pay upwards of $100 per day. If doing your ‘duty’ in the privacy of your own home hiding behind your computer is more attractive to you then you’ll want to visit eJury.com or Onlineverdict.com, which pay only about $10 per case but can be a great place to start to learn the ins and outs of being an online surrogate juror. TrialJuries.com pays slightly more, in the range of $30 per case, and deals with a more complex system of information sharing that includes videos and audio transcriptions. Onlineverdict.com pays between $20 and $60 per case but does not use PayPal as all the other choices listed above do in order to provide payments to ‘fake’ jurors.

Your place of residence will have a lot to do with the amount of surrogate jury duty you’ll be faced with so if you live in a big city, chances are you’ll be a lot busier than someone who lives  on an island in the South Pacific. That being said, there is potential of earning some extra cash by being a surrogate juror but you won’t know if you don’t jump in with both feet. In addition to the services I’ve already listed, you can find more just by searching online. I like to use common sense when I ask Mr. Google a question and I had a gazillion results pop up when I entered ‘sign up as a surrogate juror’ in my search window. Good luck, and have fun!

It’s true. You can actually go on vacation by being a house sitter. Think about it for … END_OF_DOCUMENT_TOKEN_TO_BE_REPLACED

Admit it. You’ve been an unpaid ‘sitter’ for your grandchildren for years. Hey, it’s not a bad … END_OF_DOCUMENT_TOKEN_TO_BE_REPLACED

If you have a bit of artistic skill, and have some spare room in your home or shop, you could easily … END_OF_DOCUMENT_TOKEN_TO_BE_REPLACED

Garlic. They call it the ‘mortgage lifter’ for a reason and it’s got nothing to do with vampires. … END_OF_DOCUMENT_TOKEN_TO_BE_REPLACED

There are many reasons why it is a great idea to grow garlic. In fact, since there is … END_OF_DOCUMENT_TOKEN_TO_BE_REPLACED

Many seniors in their 70s and 80s are selling their homes to downsize to a smaller residence, often … END_OF_DOCUMENT_TOKEN_TO_BE_REPLACED

Let’s get this on the table right away. Micro-greens are not spouts. What they really are, are the … END_OF_DOCUMENT_TOKEN_TO_BE_REPLACED

If you’re one of the lucky ones, you have more money than you need to support your … END_OF_DOCUMENT_TOKEN_TO_BE_REPLACED

When looking for work at home jobs for retirees there are many different kinds of work out there. … END_OF_DOCUMENT_TOKEN_TO_BE_REPLACED

Working a part-time job in your retirement is not an unusual option these days, as more and more … END_OF_DOCUMENT_TOKEN_TO_BE_REPLACED

You probably already know someone who has been buying older homes, fixing them up and reselling them … END_OF_DOCUMENT_TOKEN_TO_BE_REPLACED

Believe it or not, if you start a tree growing operation you can truly have it made in the shade! … END_OF_DOCUMENT_TOKEN_TO_BE_REPLACED

The elderly couple down the street from you went through it. He had a fall and following time in … END_OF_DOCUMENT_TOKEN_TO_BE_REPLACED